Which game is the perfect one for you? Read this Top MMORPG 2013 games list to find out. These online games were ranked based on gameplay, graphics, community and content. The list is divided into three categories for pay-to-play, free-to-play and no subscription (buy-to-play) MMORPGs.

Dungeons & Dragons Online – players can enjoy classic role-playing in a massive online game in this 3D epic fantasy MMORPG. The vibrant and detailed graphics are what set this MMO apart as well as its lore, story and setting. Quests in DDO are all unique and story-driven. Instanced dungeons that are tailored to the players’ level and abilities feature prominently in the game. This is a great game for social players since DDO rewards cooperative gameplay. There is a built-in voice chat system, too.

Neverwinter – a brand new MMORPG by Wizards of the Coast, Cryptic Studios, Hasbro, and Perfect World. Neverwinter offers classic, challenging action RPG gameplay, dynamic action combat, team-based instanced dungeons, and The Foundry, a tool that lets players create and share their own adventure online. It’s enormously fun so give it a try if you like free to play fantasy MMOs.

Perfect World International – if beautiful graphics are what you want then give this game a try. Perfect World International is a free-to-play 3D MMORPG that has tons of content and very smooth gameplay. Character creation is very detailed so that players can customize their avatar as much as they want to. Plus, because it is a very popular game with an active and passionate community, it is possible to buy everything you need from other players without having to buy items from the cash shop. 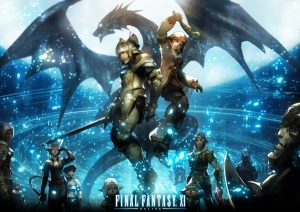 Final Fantasy XI – a fun, well-designed, top quality MMORPG with beautiful graphics. Apart from being an all-around great game, FFXI also has one of the best player communities around. The reason for this is simple: a lot of the content is meant for parties, not solo players. Naturally, this attracts a lot of social gamers so there are always a lot of friendly and helpful players around.

Buying from Amazon is currently very cheap and download linked below contains the game with all of the expansions and addons.

World of Warcraft – still one of the most played games of 2013 with millions of players faithfully logging in everyday to get their daily dose of WoW goodness, this is the MMORPG that started it all. WoW is worth trying out if you have never played it.

Eve Online – this is more of a niche game. Eve Online is a sandbox futuristic space MMORPG in which players explore, settle and conquer thousands of solar systems. It’s basically a virtual world with no grind or levels, one that players control. Most items are player-made so virtual commerce plays a big role in Eve Online. This is a non-traditional game so it’s mostly for gamers who are looking for something unusual they can sink their teeth into.

A Tale in the Desert – one of the most innovative MMORPGs today that is sadly underrated. A Tale in the Desert (ATitD) is a crafting-focused game with no combat. All players work towards the same goal of developing the technological progress of a region through gathering resources and building settlements.

Link: A Tale in the Desert

Final Fantasy XIV: A Realm Reborn – the only new pay to play MMORPG to launch in 2013, FFXIV is due to be released August 27, 2013 for the PC and Playstation 3. This new game has everything players have come to expect from a Final Fantasy game – great storytelling, beautiful graphics, HD cut-scenes, and more.

These two games are not free because you need to purchase the games to play them, however there is no monthly fee.

Guild Wars 2 – the biggest hit game of 2013 so far. An excellent game with a good story, fun dynamic events, and gorgeous graphics, GW2 is definitely one of the top MMORPG games of 2013. Each character has a personal story that changes based on the player’s choices. Combat is fast, fun and not too hard to master. Crafting and exploration also give rewards which is a good thing for those who prefer not to spend all their time fighting.

The Secret World – myths, urban legends, conspiracy theories come alive in The Secret World which is set in the modern-day real world with recognizable locations such as London, New York, or Seoul. It’s a dark fantasy full of creatures like vampires, wendigos, werewolves, mummies, demons, zombies, etc. Great for players who enjoy puzzles and a good plot.

Thank you for reading the Top MMORPG 2013 list. We welcome all comments but please keep it polite.