Pay to play (p2p) vs free to play (f2p) is one of those things that people can never agree on. Which one is better? What are the advantages and disadvantages of both? This post will explore these questions and more. 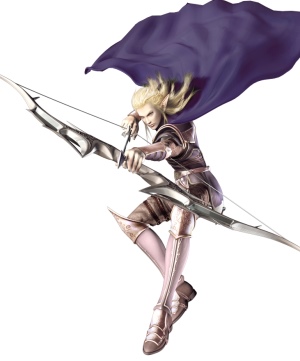 P2p is very simple to understand. Professionally produced commercial MMO games are meant to make money for the game companies and it also takes money to run the servers and create new content. That being the case, players have to pay for the game and a monthly fee if they want to continue playing.

Successful MMORPGs that use the pay to play business model are World of Warcraft, Eve Online, Rift and the older MMOs such Everquest, Ultima Online and Dark Ages of Camelot.

While at first glance it might seem that this is an expensive hobby since gamers must pay for the box, all of the expansions and subscription fees, for those who play a lot this is really only a few cents per day. The price it not that high since players can enjoy hundreds of hours of entertainment. 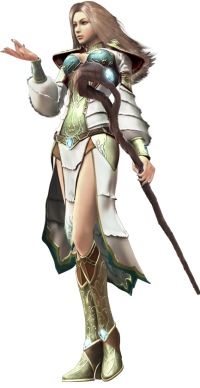 Free to play, on the other hand, is not as simple an idea as p2p so it needs more of an explanation.

Firstly, it must be taken into account that just like p2p games, the developers of f2p MMORPGs also expect to make a profit and that they also have the same ongoing expenses for server use, customer service, bug fixes and content creation.

Secondly, we are talking about commercial, professional made MMORPGs that take a lot of time, effort and money to produce. Quality MMOs of the type gamers want are not something an amateur can make on his own.

Thirdly, given that these are commercially produced games, they are all monetized.

In conclusion, free to play simply means its free to download, install and play – but the need for monetization means that not everything in the game is free.

It’s naive to think that there could be any “true” f2p MMORPG with no cash shop or membership. Only abandonware or freeware games are one hundred percent free.

Free to play is actually freemium.

“Freemium” is a combination of the words “free” and “premium.” This is in fact a business model that is as old as the internet. For example, many website hosting companies are freemium in that they offer free basic hosting for small websites and premium paid hosting packages that offer more advanced features. To give another example, the most popular newspaper website in the US is the New York Times which is free for casual website visitors who can access a limited number of articles a month but heavy users must pay to access more of the NYT site.

When it comes to MMORPGs there are many different ways to monetize them. Games like Runescape are f2p but paying a monthly membership fees allows players to access more content. Other titles have a cash shop (also called an item shop) that sells premium item for real life money. There are also a few that are “pay as you go” like Lord of the Rings Online in which players can play for free but can also purchase expansions, extra features (more character slots, priority login, no gold cap, etc.) or pay a monthly fee to become a VIP member. 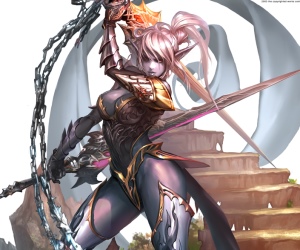 Pay to play is suitable for most players as long as they have the money upfront to pay for all of the games they like as well as the expansions and monthly fees.

Free to play, on the other hand, is more for people who don’t want to pay right away for a game they are not sure they like. Generally, when f2p players find a game they like they are much more receptive to the idea of buying premium items, features or membership.

P2p is therefore not available to everyone who wants to play since they will need to pay for it right away. If a player does spend his or her money on a game but it turns out that he or she did not like it, there is no refund given. This can be expensive if the player must try out several games before finding the one that he or she really likes.

F2p at first has no real disadvantages. Since its free anyone can play it as much as they like and players can try out as many f2p MMORPGs as they wish until they find one that suits them the most.

However, once a player starts to become really serious about a game, to the extent that he or she strives to get one hundred percent completion, it can start becoming expensive. Some free to play MMORPGs are notorious for having very expensive end-game gear that costs hundreds of dollars. It should be noted that most players of MMO games never reach the “end” of the game (max level) so this problem is not universal and affects only a small portion of the player population.

Topmmorpg2013.net: Our opinion about f2p vs p2p

In this website, topmmorpg2013.net, our position is that both free and pay to play have their pros and cons. That’s why we have both types on this website. We also reject the idea that free to play means everything should be free. The MMORPGs that we list and recommend here are those that have reasonable monetization. As long as a f2p MMO costs only as much as a p2p does (a few cents per day) we consider this reasonable.

One thought on “Pay to Play vs Free to Play: Pros and Cons of Both Types of MMO Games”