Massively multiplayer online first-person shooter (MMOFPS) games have become popular in the last few years. A similar type of game is the MMO third-person shooter (MMOTPS). Unlike most other games that have the usual grind gameplay, shooter games are faster and more competitive. There are not too many of these around but here is a look at the best MMO shooter games of 2013. 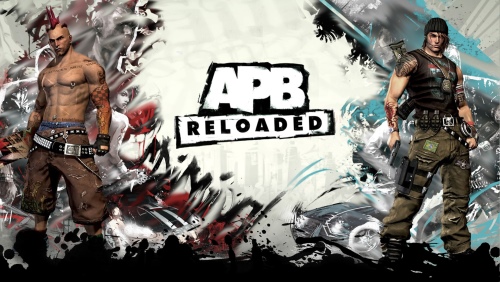 All Points Bulletin: Reloaded – rated M (Mature 17+) with voice chat and user-generated content, APB: Reloaded is the close you can get to Grand Theft Auto in an MMO. Must-try!

World of Tanks – a fast-paced tank vs tank action game. It’s currently the most popular MMOFPS in the world with 45 million registered players.

Soldier Front 2 – a new game launched on June 2013. This has excellent realistic 3D graphics, a futuristic setting and fast-paced gameplay,

Heroes & Generals – *note: still in open beta* this combines several game modes, primarily first-person shooter and strategy gameplay, in a very intelligent way. Players can play it on FPS mode as a frontline soldier in World War II or as an officer who must move resources around in the world map.

Looks, first of all, I know you don’t know me and you probably don’t care about what I think but here is it anyway: my own personal opinion about the state of MMO shooter games this year.

I could go on and on about balance, weaponry, upgrades, maps, cash shops, and other technical details but at the end of the day I really think that it just boils down to:

In terms of polish and game design, World of Tanks and Planetside 2 probably beat out all of the games listed here. Those two have the smoothest gameplay and great graphics that are the hallmark of big-budget games. That’s why they are such huge, blockbuster games.

On the other hand, the other games that I have listed here really have a lot to offer in terms of unique gameplay mechanics, story and setting. Fans of anime and robots will love SD Gundam Capsule Fighter Online. It’s fun but it doesn’t take itself too seriously. Ghost Recon Online is a truly excellent cover-based tactical fps with classes that have different abilities. Heroes & Generals is two games in one – the shooter part and the strategy resource mode – that affect each other in interesting ways.

But I am not gonna lie. Despite all of these great games, I still have a personal preference for a game you probably have never even heard of: All Points Bulletin: Reloaded.

Like many others, I am a big fan of the Grand Theft Auto series. APB: All Points Bulletin game was designed by David Jones, the person who created the original Grand Theft Auto. Reloaded is very much like GTA, MMO-style. If the mere idea of MMO-GTA doesn’t get you excited then this probably isn’t the game for you. District 187: Sin Streets has a similar concept of criminals vs gangsters but it’s newer so only time will tell if it has staying power.

In short, all of the titles I have chosen for the Top MMO Shooter 2013 list are well worth playing, especially since all of them are free-to-play. You just have to pick which one most appeals to you based on your own personal preferences.