These days free to play (f2p) is in! Subscription MMO games have increasingly become a thing of the past and there are now dozens of great f2p titles around. One of the most popular genres is the real-time strategy (RTS) games in which players control a base or city, build it up, gather resources, then battle it out with other players. It’s very exciting done MMO-style with hundreds or thousands of other players plus its all for free. So which ones are the best free to play MMORTS games? Read on and find out what the MMO world has to offer in 2013. 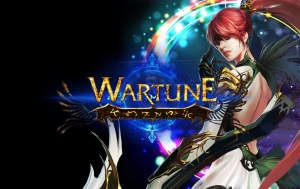 Wartune – a revolutionary new game that combines MMORPG and MMORTS elements. Players create a character and adventure in the game world just like in an RPG game. Each character also has control of a run-down town that he or she must protect, defend and build up so that it becomes prosperous. In other words, Wartune gameplay blends character progression and empire building. 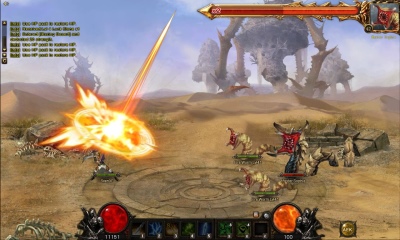 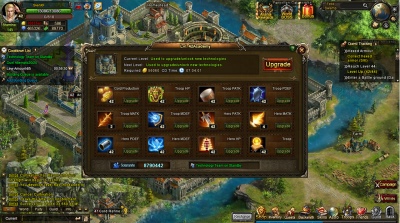 Other top features include PvP battle grounds and arenas, crafting/farming, single and multi-player dungeons, and thousand-player boss battles. Wartune is quite fun and has a friendly community. This is a very popular game with over 40 million players.

Golden Age – in this game you can do the usual empire-building, resource gathering and training up of armies in a medieval setting. There are also instanced dungeons which are quite fun. But what sets this game apart is that Golden Age offers players the opportunity to create and customize their own avatar which can then trade and socialize real-time with other players in the hub town Sanctum City.

Goodgame Empire – a castle-building game with colorful picture-book style graphics that are stylish and pleasing to the eye.

Forge of Empires – if you like PvE, this MMORTS has a good single-player campaign

Top F2P MMORTS 2013: Advice about which game to play

All of the games listed here are free to play browser-based massively multiplayer online real-time strategy games (MMORTS). Since there is no download involved and most games offer a simple one-step registration, you can easily try out all of the games featured in this post.

However, if you want some more guidance, here it is.

Do you like to socialize and are you fond of RPG games? Then pick either Wartune or Golden Age.

Do you want classic, core RTS gameplay? Then give Command & Conquer: Tiberium Alliances or Travian a try.

Are you the type of person who likes city-building best? Forge of Empires and Goodgame Empire have the most attractive city-building graphics and players-vs-environment play.

Is science fiction or futuristic your preferred type of setting? Then Battle Dawn or Tiberium Alliances could be the right MMORTS for you.

Do you already play and are looking for something better than your current game? Try Wartune. It really has great graphics and innovative game design.