The most popular and recommended anime MMOs are: 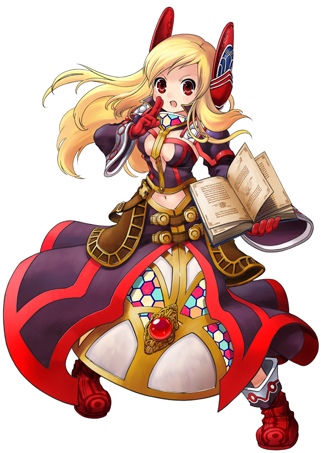 This is not a list of every anime MMO game available, this is just the ones we recommend.

An MMORPG, or massively multiplayer online role-playing game, is a video game genre that allows thousands of players to play in the game online at the same time. This genre allows players to assume roles of fictional characters in the game and control the actions of their respective characters, just like in all role-playing games (RPGs). MMORPGs, which began in the late 1990s, also highlight the objectives of usual RPGs, particularly completing quests and making one’s player character stronger.

MMORPGs have various characteristics that make them different from single-player and multiplayer online games. First, MMORPGs usually revolve on fantasy themes, although there may also be elements of sword and sorcery, science-fiction, and crime fiction in the games. As mentioned earlier, MMORPGs let players to play simultaneously in the game’s persistent world. This persistent world refers to the virtual world that continues to exist and evolve even if the player has left the game. This persistent world is typically hosted by the publisher of the game.

Aside from having a persistent game environment, MMORPGs also include a system of character development, progression and customization. In fact, one primary goal of MMORPGs is character development. Gamers can earn experience points through completing quests and fighting against monsters. Characters can also acquire wealth through combat and undergoing quests. Some gamers even resort to “grinding,” which refers to the act of killing the same enemy repeatedly in order to progress. In addition to this, players may need to form teams with other gamers, thus allowing interaction with other players while playing to progress.

The majority of MMORPGs have client-server system architecture, meaning that gamers can connect to the persistent world generated by the server software through client software. Some MMORPGs even require monthly subscription, while others rely on sales of software and expansion packs. Others allow players to play for free but additional items and equipment may be needed to be purchased at certain prices. There are also some MMORPGs that run on several distinct servers, each representing an independent world, while other games allow players to go to different worlds but not at the same time.

While many game developers strive to produce the most realistic possible graphics there are also those who used stylized graphics. Although this type of game may look cartoony to Western gamers, hand-drawn or anime style graphics enjoy a more mainstream acceptance among Eastern players. Typically, stylized graphics are also less prone to the dangers of the uncanny valley variety and some people might find it easier to suspend disbelief in a fantasy setting if the graphics are clearly stylized. Anime type graphics also tend to be easier on lower or mid-end machines since detailed high definition 3D graphics need better PC specs to run.

However, in the end it all boils down to personal preference and tastes. Some people find bright, cartoony graphics a turn-off; others think nothing of it as long as the gameplay is fun; many actually prefer anime-style MMORPGs. This post was written for people who are specifically looking for the latter.